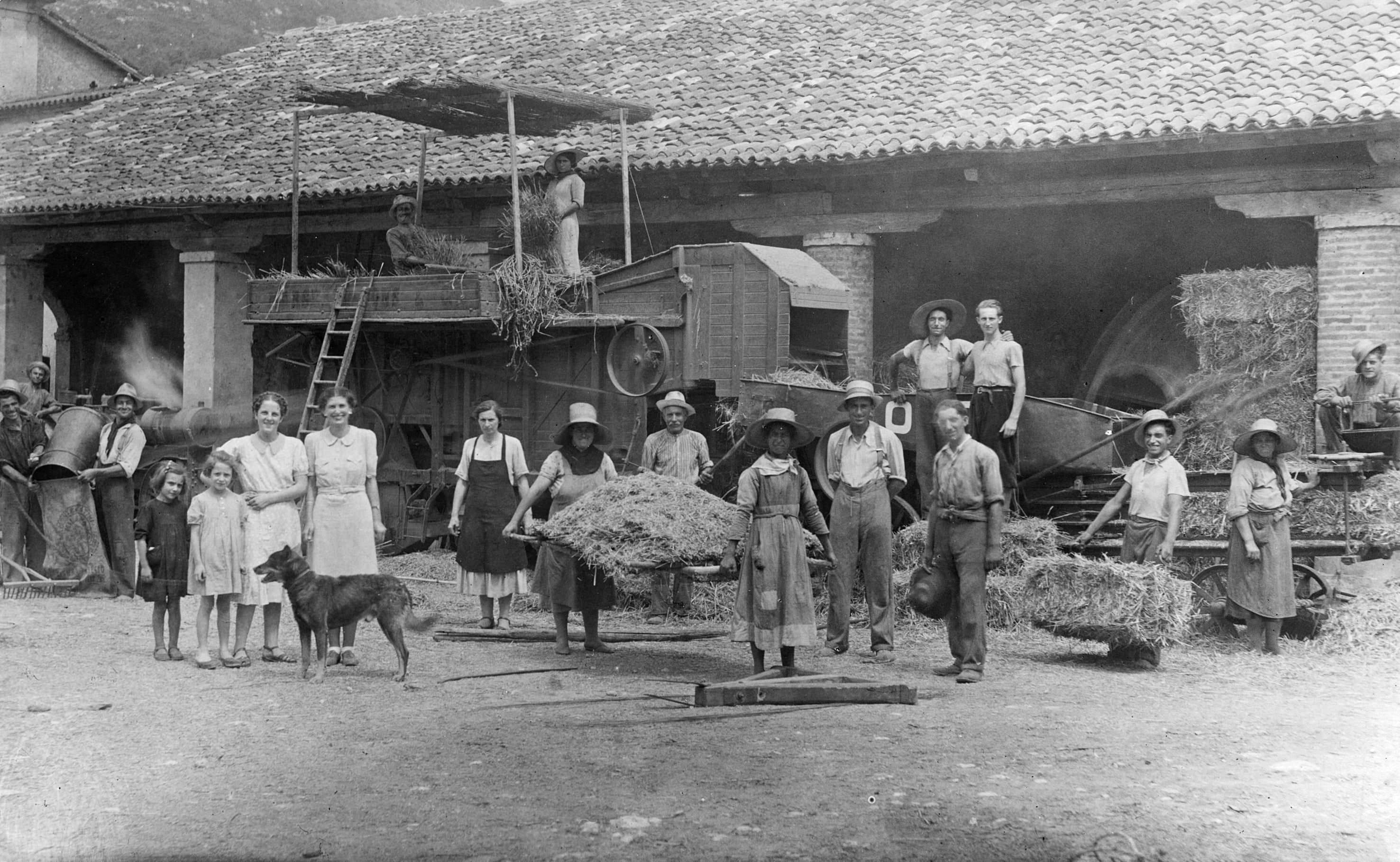 Posted at 12:28h in Articoli, Varie by Laura Turri
0 Likes

The history of our family reveals a strong bond with a bygone job: that of the castaldo. Our society was for thousands of years a rural one. Back in 1951, when the Turri oil mill was established, over 50% of the Italian population worked the land. Now the percentage is much lower, but before the Nineteen Sixties, farms were like miniature universes where every member of the family had a role, large or small, in the production process. There were countless labourers busying themselves around the farm, hence it was necessary to have somebody directing this rural orchestra. Mario Turri and his son Giancarlo played such role, and were both castaldo, i.e. land stewards.

The word “castaldo” or “gastaldo” comes from the ancient Lumbard or Langobard, and was originally used to indicate the manager of the estates belonging to the Crown in the different duchies, or the administrator of the assets and lands of churches, monasteries or aristocrats. The meaning changed and evolved throughout the centuries, to finally identify the land steward. The castaldo not only had to organize everyday and seasonal work, but also coordinate the farmers and act as a middleman between labourers and landowners. A good castaldo had to know how to carry out all the tasks needed on the farm. He played a pivotal role in our countryside. In many ways, his skills and upbringing were closer to those of a farmer, but he never forgot that his job was to safeguard the landowner’s interests. It is for these reasons that he was a point of reference for both parties.

For thirty years Mario Turri was the castaldo of an estate just a few miles away from Verona, and of all the duties he had to perform and supervise, tending the olive trees and producing oil were by far his favourite. He had an inquisitive mind and was very meticulous; he enjoyed trying out new methods and always carried out personally his experiments to better understand the results and yields. He passed down these traits of his character to his son Giancarlo, who in the Fifties decided to establish the Fratelli Turri oil mill, when he realized that the rural world was irretrievably ending.

Land stewards had no future, and they were forced to reinvent themselves, as Giancarlo did. Yet this figure still exists in our local lore. Ask any child in our region who the castaldo is, and she or he will tell you that he is St. Lucy’s companion, the person who escorts her and her little donkey on the night of December 13th, helping her bring gifts to every child in the world.

Did you know that the castaldo and the olive-growing tradition in the environs of Lake Garda are narrated in a book called “Il castaldo e gli ulivi. Tra passato e presente”? This book was conceived and published by Turri with the aim of sharing an important aspect of the family’s past, and explain how the strong bond with our countryside came to be, as well as our passion for olive oil. The book is only available in Italian, but if you understand the language it is well worth reading! If you wish, you can purchase it online on our website.